HOME
Greetings from the Director of the Institute 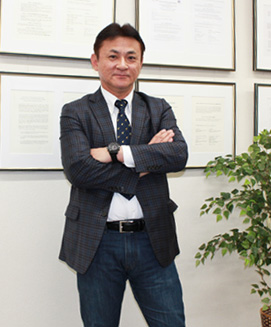 The Institute of Radiation Emergency Medicine Hirosaki University was established as an educational and research facility specializing in radiation emergency medicine in March 2010. It was renamed as a research institute in October of the same year.
Following the Great East Japan Earthquake on March 11, 2011, and the consequent accident at Tokyo Electric Power’s Fukushima Daiichi Nuclear Power Plant, members from our institute played a leading role in Hirosaki University’s response to the disaster and transmitted a wide range of academic information as part of the process. This achievement has been highly rated in Japan and internationally. To provide support after the Fukushima Daiichi Nuclear Power Plant accident, we have worked on the Fukushima Prefecture Namie Town Promotion Support Project, a campus-wide organization.
In light of the nuclear power plant accident, the nuclear disaster response system in Japan has been revised, and the subsequently set up medical system for radiation exposure during nuclear emergencies and normal situations has been further reviewed. As a result, Hirosaki University has been designated as an Advanced Radiation Emergency Medicine Support Center and a Nuclear Disaster Medical Care/General Support Center, which are nationally designated medical facilities for responding to nuclear disasters.
We have initiated a human resources development project for Nuclear Regulation Authority and other projects that aim to make us a hub institution for domestic utilization and collaborative research.
Additionally, we have started international collaborative research projects with institutions in Asian and African countries with whom we have a partnership agreement. We have also enhanced our international presence by strengthening the cooperation with universities and institutions in countries such as Cameroon, Indonesia, and Thailand. We will promote the further expansion of our international network and global education research.
The Institute of Radiation Emergency Medicine, Hirosaki University consists of six full-time teachers in the Radiation Biology, Radiation Physics, and Radiation Chemistry departments, three teachers concurrently hold posts in the Department of Radiation Emergency Medicine along with Specially Appointed Assistant Professor, two postdoctoral fellows, two technical staff members, and eight administrative personnel. Although a small organization, we, as a group of experts in radiation emergency medicine, will continue to advance education and research at Hirosaki University, as a functional strengthening of the University, while supporting the reconstruction process after the great earthquake and rebuilding of the region through the promotion of “Radiation Emergency Medicine”. We thank you for your guidance and suggestions as we work to achieve our objectives.